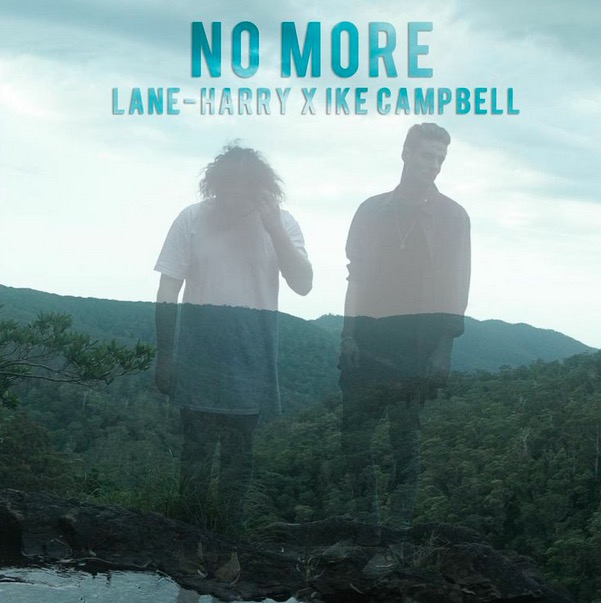 Bleach, the Gold Coast’s biggest arts and cultural festival, kicks off on Friday 6th March (lasting until the 22nd) and brings with it art installations, theatre, film, street parties and, of course, live music. In Up Close with Bleach, Liz Ansley gets to know some of the incredible local talent who’ll be playing at Bleach 2015 a little better.

First up is Lane Harry, from the unstoppable hip hop duo Lane Harry x Ike Campbell. The guys finished up touring with 360 recently and have just dropped their new single No More, which was highly commended in the QMusic 2015 songwriting awards. Their highly anticipated album, Renaissance, drops on March 11th, and you can catch them at Bleach two days afterwards on March 13th at The Soundlounge.

I would say we make open ended sounding music. It’s all up to interpretation, each listener takes different things away from each listen. Someone might resonate with something I say or how I say it but also Ike’s beats are so layered and intricate that somebody could hear a background synth or a snare and resonate with that. I feel like there’s not too many artists who give people such a level to consume sonically.

The lineup is really impressive. I think the Gold Coast is an ideal place to host events, it’s so beautiful and we have so many facilities that are under utilized.

What are three albums that have helped to shape you (either musically or as a person)?

Kanye West’s My Beautiful Dark Twisted Fantasy is hands down my favourite album of all time. I feel like our music would be really different without that album. I think The Beatles Rubber Soul is the best pop album of all time. So much pop music from every era comes off as so unauthentic, but the hits on this have the mainstream appeal, but are still so real. I really want our music to have that type of reception especially with tracks on our new album Renaissance like No More, Alpha Omega & Church, they sound mainstream but it’s still us. There’s a singer-songwriter from Toowoomba named Stu Larsen who I think is just on another level. He released an album last year called Vagabond and there’s such a level of honesty with his songwriting and the emotion in his voice. He doesn’t need next level production or Sam Smith’s voice to be unbelievably great. I love things that are genuine and listening to Vagabond there’s so much feel to it. I could go on for days about albums that have shaped me. Albums like Drake’s Nothing Was The Same & Monophonics In Your Brain & Bright Eyes I’m Wide Awake It’s Morning too. Great records.

When we were on tour with 360 there was one show where Sixty’s tour manager let this dude in a wheelchair watch from the side of the stage with his older sister. I glimpsed over a couple of times during my set and saw him just loving life. I came off stage and he was telling me about himself. He was the same age as me and I think he had cerebral palsy or something similar, and he had really limited muscular movement and it was the first night in his life he’d gone out. He was telling me how much he loved 360 and how much he loved me, and that he loved the lyrics and that he loved my style. I was wearing this cashmere coat that I wear in the No More music video and I took it off myself and put it on him and he started crying and I hugged him and he said it was the best moment of his life. Was the most rewarding feeling.

Our album Renaissance will be released in March. We’ll be opening for some big acts & headlining our own shows. We’re off to Japan pretty soon to tour. So much stuff happening that we can’t announce yet though so make sure to follow us on social media and sign up to our website and all that stuff so you stay in the loop.

I love Tiki Taane. Always On My Mind is seriously one of my favourite songs from when I was growing up. That should be wild as hell. Might bring my mum out to that, she loves him.