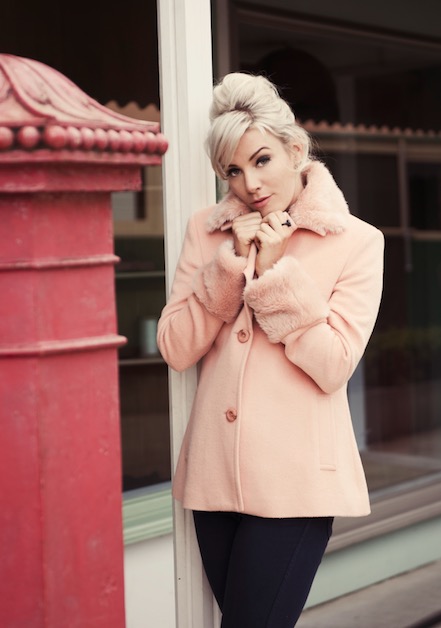 Bleach*, the Gold Coast’s biggest arts and cultural festival, kicked off on Friday 6th March (lasting until the 22nd), bringing with it art installations, theatre, film, street parties and, of course, live music. In Up Close with Bleach, Liz Ansley gets to know some of the incredible local talent who’ll be playing at Bleach* 2015 a little better.

Melbourne-based singer/songwriter/multi-instrumentalist and multiple-time Silver Scroll Award nominee Lisa Crawley is currently touring to promote her newest single, Stranger, off her 2013 EP All In My Head. The 60s-influenced track explores modern alienation through social media and was recorded at Revolver Studios in Crawley’s native New Zealand. Lisa Crawley will be performing twice on the Gold Coast, at The Loft Chevron Island on March 14 and at Bleach* on March 15.

I write and play piano based indie pop music and am influenced by lots of music from the 60’s, folk, soul and jazz music. My songs are mostly based on life experiences but a few are based on people watching, travelling and poetry.

Why are you looking forward to being a part of Bleach* this year?

I’m very excited to be part of Bleach* this year as the line up is very impressive and it’ll be my first time in ten years that I’m in the Gold Coast and the first time performing!

1) Beatles – White Album – It’s hard to pick a favourite Beatles album but I love how the White Album has such contrast between songs ie Why Don’t We Do It In The Road followed by I Will, yet works as a unit. The instrumentation and songs are very influential for me – I love arranging horns and backing vocals and having a mixture of serious and silly in my songs. I saw Australia’s The White Album show last year and was blown away by the performances and fell in love with the songs all over again.
2) Feist – The Reminder – Feist is a bit of a musical hero for me. I love her voice, her style, her songwriting, the recordings and the producers/co writers she chooses to work with. The Reminder is my favourite album of hers so far. I’ve been a fan of her and the bands she has been part of for some time now and draw inspiration from all these ‘Feisty’ elements.
3) Fleetwood Mac – Rumours – I was a bit of a late bloomer in discovering Fleetwood Mac. I must have first gotten into them about nine years ago. Now I look up from my bed and see the Rumours album cover on a massive canvas on my wall. The band have had a fascinating career and have produced such an impressive collection of timeless songs.

About nine years ago I went to live in Japan for a singing job not knowing what to expect – as well as singing a bunch of Disney and Japanese pop songs, I ended up dancing to a Japanese version of Livin La Vida Loca every night for four months! That would be in the bizarre category. I think one of the most rewarding moments would be performing to twenty thousand people whilst opening for John Mayer. It was great performing to so many people who seemed to respond really well!

I’m currently doing my Australian tour to promote my new single/video Stranger then am heading to New Zealand followed by shows in the US and Canada. I’ll be writing, recording and releasing some new music after touring in May.

Who or what are you looking forward to seeing or doing most this year at Bleach*?

Meet the man behind the Kokoda Challenge

2019 marks the fifteenth year of the Kokoda Challenge, a brutal 96km Gold Coast hinterland trek taken on each year by hundreds of teams…