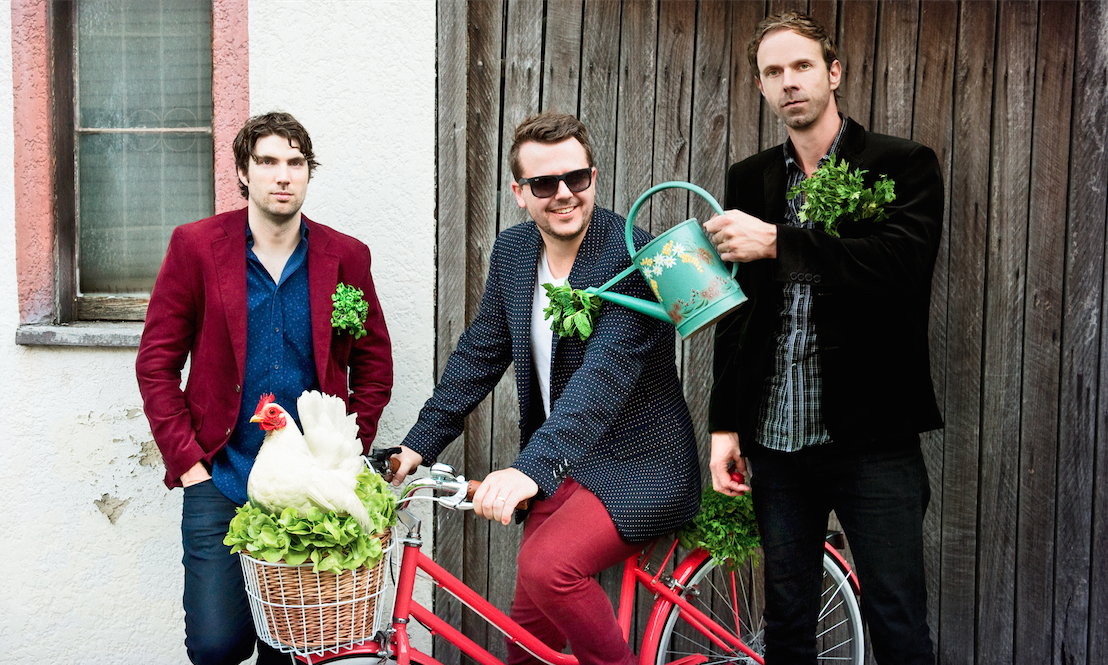 Bleach*, the Gold Coast’s biggest arts and cultural festival, kicked off on Friday 6th March (lasting until the 22nd), bringing with it art installations, theatre, film, street parties and, of course, live music. In Up Close with Bleach, Liz Ansley gets to know some of the incredible local talent who’ll be playing at Bleach* 2015 a little better.

Rising Brisbane pop rockers The Reversals have been busily touring the country to promote their new single, Squeeze. It’s a rollicking track, produced by Sean Cook, who’s worked with the likes of Rolls Bayce, Velociraptor and Jeremy Neale. The Reversals have explored sonic influences from the past and present in Squeeze, which interestingly enough has origins that stem from the toxic relationship in Gillian Flynn’s best selling novel, Gone Girl.

We’ve blended Beatlesque harmonies together with guitar-driven rock and upbeat electro-pop synth lines. It’s given us a dynamic range of sounds to infuse our songwriting with memorable hooks and raw indie-rock energy.

Why are you looking forward to being a part of Bleach* this year?

We were stoked to have our current single Squeeze featured as the soundtrack for this year’s festival video, and we’re looking forward to performing the song live on the Gold Coast for the first time.

The first one would have to be Jack White’s latest album Lazaretto. In particular the production and arrangement of the title track itself has been a big inspiration in helping us define the “rock” in our pop-rock sound. Two albums that really inspired me to start writing music in the first place were Pearl Jam’s Ten and Something For Kate’s Beautiful Sharks.

One of the most fun times we’ve had was when we were driven back to the airport down a 2,500 ft mountain in a stretch Hummer limo after an awesome weekend playing gigs at a North Queensland music festival.

We’re currently on a national tour and about to record our next single and EP. The plan is to be back on the road again later this year.

We’re all big fans of local Brisbane artist Karl S Williams, so we’re looking forward to catching his set. If you haven’t seen him live yet, it’ll be well worth your while.

You can catch The Reversals at Picnic in the Park #1 at 3.10pm on March 8 (that’s today!) at Roughton Park in Kirra.